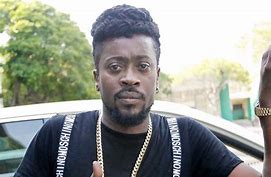 Beenie Man on Sunday, gave fans an intimate look when he shared a visit to his ailing mom with his Instagram followers.

Beenie Man, in his live stream, documented his journey to the University hospital of the West Indies, revealing that his mother had suffered a stroke and had been in the hospital for some time
While portraying his usual calm demeanour, Beenie Man at times appeared emotional as he talked openly about his mother’s condition.
Fans get to see Beenie Man interact with his mother who appeared to be connected to a breathing tube and also receiving an IV drip.
Following the end of the live, Beenie Man shares the video on his IG page, asking fans to keep his mother in their prayers.
The artiste, through his Beenie Man Foundation, donated a 50-inch smart television to the hospital.