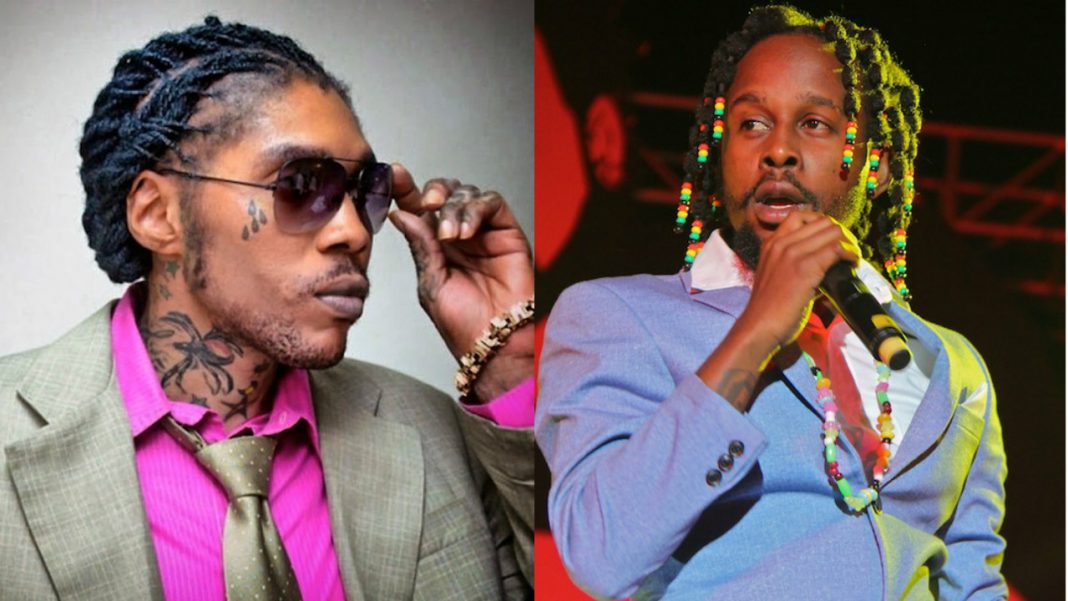 Share on Facebook
Tweet on Twitter
Vybz Kartel and Popcaan have seemingly responded to the rumours circulating on social media.
On Saturday, a YouTube vlogger alleged that Popcaan almost lost his life back in 2016 by the hands of his former mentor.
The now-viral YouTube video claims Vybz Kartel ordered a hit on the “Family” deejay however it was unsuccessful after Popcaan received a police escort while in traffic.
Vybz Kartel has since laughed at the claims via an Instagram story which was also reposted by Popcaan.