Rapper Tekashi 6ix9ine will be released from prison on August 2, 2020.

According to reports, the date was confirmed by Hernandez’s legal representative, Lance Lazzaro.

Tekashi was facing 37 years to life on federal racketeering charges, but his sentence was reduced to two years in prison plus five years of supervised probation in December 2019 in a dramatic trial that included the interruption of his alleged father, whom he claimed he hadn’t seen since the third grade.

The reduced sentence came as a result of his cooperation with the U.S. Attorney’s Office in a case against the Nine Trey Gangsta Bloods.

Hernandez first pleaded not guilty to the racketeering and firearms charges, then pleaded guilty in February 2019.

While incarcerated, he signed a record deal with his previous label, 10K Projects. 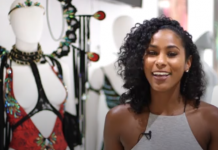