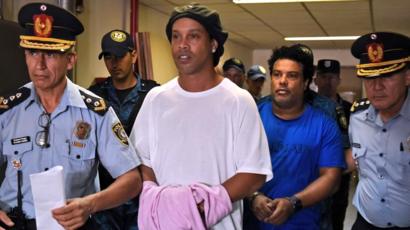 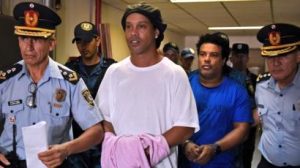 Prosecutors say the brothers were given the false documents when they landed in the capital Asuncion on Wednesday.

The pair were taken into custody on Friday, just hours after a judge refused to uphold a prosecutor’s proposal for an alternative punishment.

The prosecutor argued the brothers had been tricked. They deny any wrongdoing.

The pair, who were questioned by police, said they thought the passports were a courtesy gesture. Officers later searched their hotel.

At the court in Asuncion on Saturday, a judge ordered that Ronaldinho and his brother, Roberto Assis, be placed in pre-trial detention. 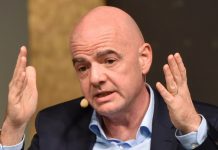