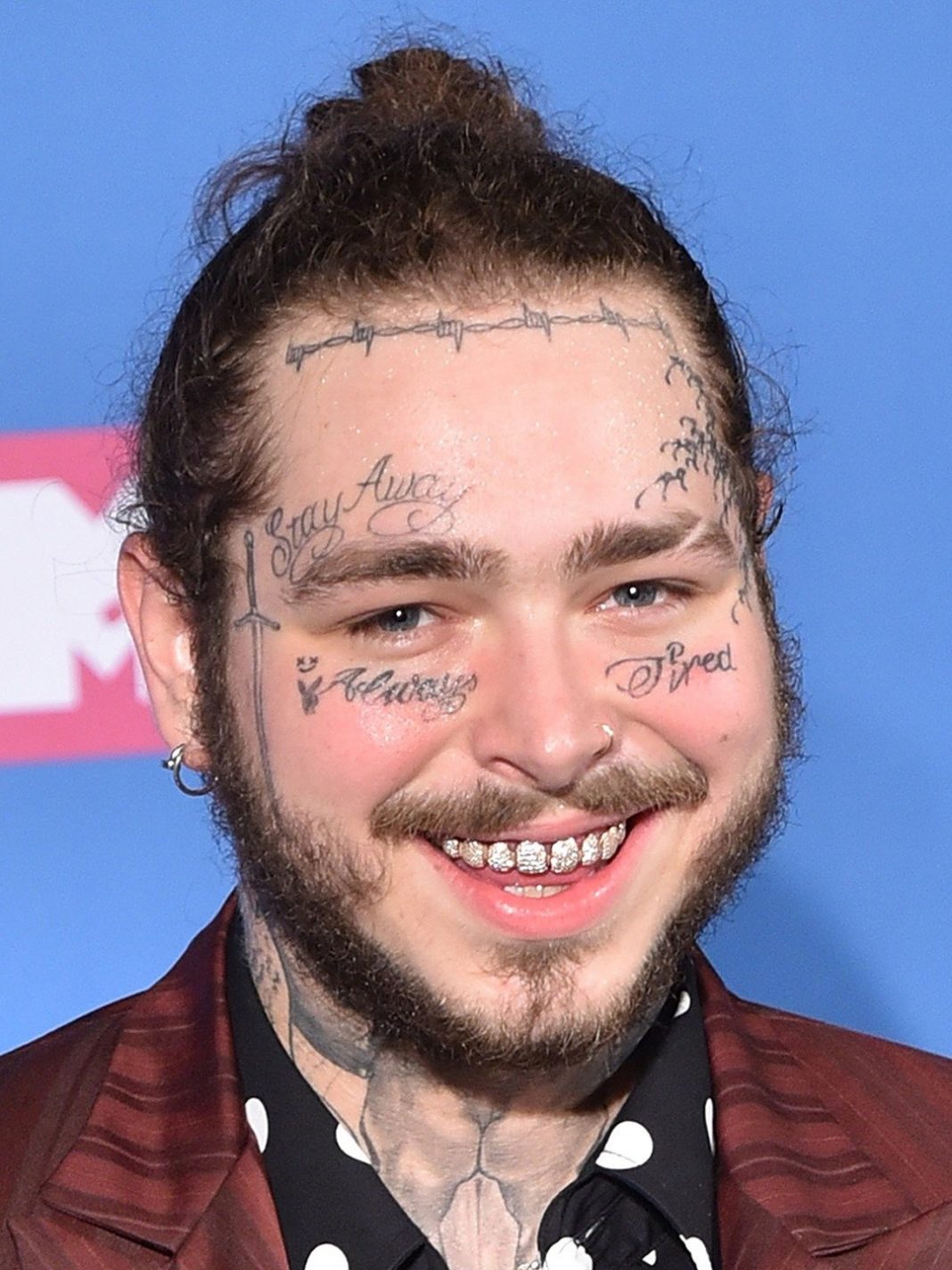 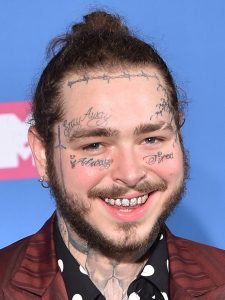 Post Malone says that his insecurities of being ugly is the main reason why he got so many face tattoos.
In a recent interview with GQ Post says, “im an ugly guy, it does come from a place of insecurity, I dont like how I look, so im going to put something cool there so I can loo at myself and say, you look cool kid”.
Actor and producer Mark Wahlberg says that he told Post not not get anymore face tattoos on the set of his new film “Spenser Confidential” in which Malone makes his acting debut.
The rapper now has over 50 tattoos, several of which are on his face.