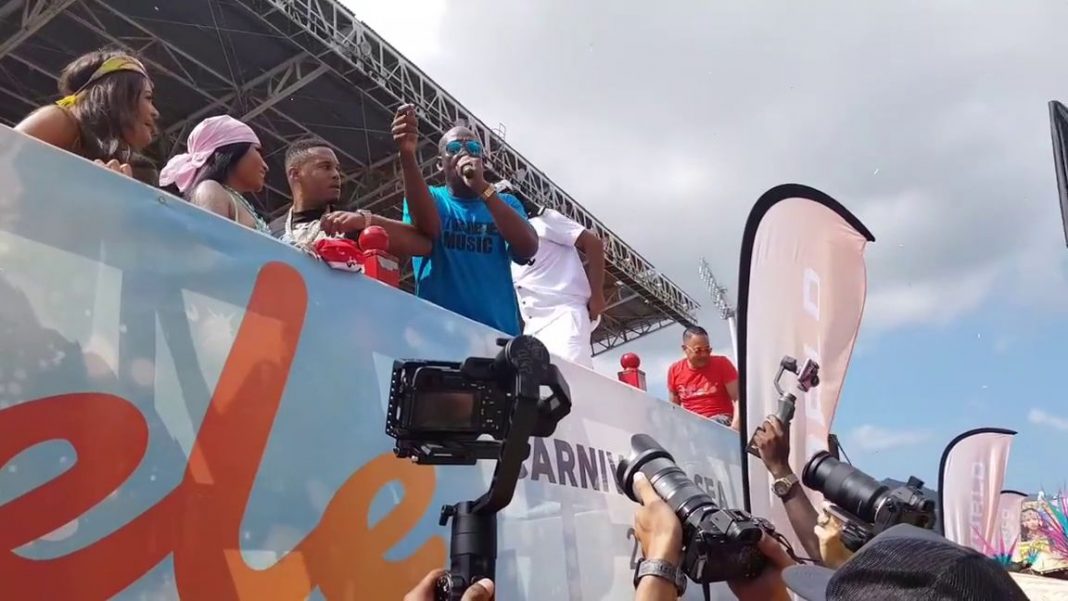 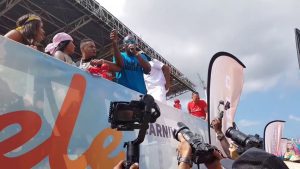 Rapper Nicki Minaj is urging the public to forgive her husband Kenneth Petty for being unfamiliar with Caribbean culture.

Petty has faced harsh criticism from citizens after he was recorded pushing away the hand of 2020 Soca Monarch and Road March champion, Neil ‘Iwer’ George.

Memes have circulated online calling him a security guard and threatening to give him a beating on behalf of Iwer and the wider population.

Early on Wednesday, the international Hip Hop superstar posted a video of herself on a music truck while her husband was standing behind her. She was greeting fans .

Her comment section quickly went into overdrive with several people reacting to her husband elbowing Iwer on video.

In response to an Instagram account which said “tell petty loosen up a bit”, Minaj joked while apologising for his behaviour.

She further addressed a suggestion to record a song with local Soca stars. Minaj said this could be in the works with two of whom she was pictured with on Carnival Tuesday, seeming to allude to Machel Montano and Kes .