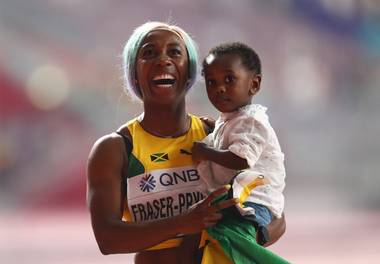 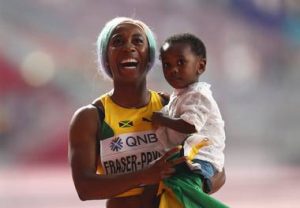 Jamaican sprint queen Shelly Ann Fraser Pryce who is currently preparing for the Tokyo Olympics, says the defence of her Women’s 100m sprint gold at the 2021 World Championships Eugene Oregon, could be her farewell from athletics.

The 33 year old surged to an unprecedented fourth Women’s 100m gold at the World Championship last year in Doha, Qatar on her return to major competition after the birth of her son Zyon in 2017.

Fraser Pryce who has won two Olympic and nine World Championship gold medals over the last 12 years, made that revelation ahead of the Laureus World Sports Awards in Berlin on Monday.

Having won Olympic gold in the Women’s 100m final at the 2008 Beijing and 2012 London Games, Fraser Pryce is bidding to complete the hat-trick in Tokyo, after having to settle for bronze in the event at Rio de Janeiro in 2016.