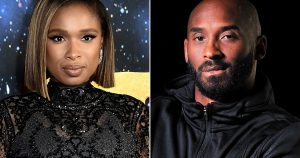 Singer Jennifer Hudson will perform a tribute to Kobe Bryant during the 2020 NBA All-Star Game in Chicago tomorrow (Sun).

The two-time Grammy winner and Oscar winner will take the court just before the player introductions, as part of a special tribute to the late Lakers legend, his daughter Gianna, and seven others who died in a helicopter crash last month.

Lil Wayne, DJ Khaled, and Quavo have also been added to tomorrow’s All-Star Game lineup. They will join previously-announced headliner and Chicago native Chance the Rapper during the halftime show.

Chicago’s own Common will perform during the player introductions at the NBA All-Star Game, while the legendary Chaka Khan will sing the U.S. national anthem.

Queen Latifah will be joined by Chicago youth to perform Stevie Wonder’s “Love’s in Need of Love Today” during today’s festivities.