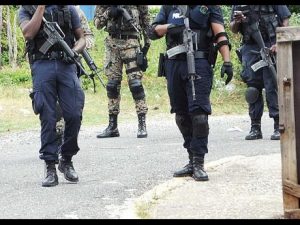 In Central Village they are:

In Gregory Park they are:

These men are being urged to turn themselves in by 6:00 p.m., tomorrow. Anyone knowing their whereabouts of these men is being asked to contact the Portmore CIB at 876- 949-8403, Crime Stop at 311, Police 119 emergency number or the nearest Police Station.