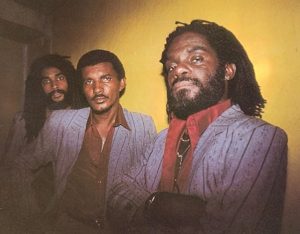 Singer and drummer Derrick Lara, who found fame with The Tamlins, has died at the age of 61.

Lara who had been battling lung cancer for some time passed away on yesterday, according to a statement from his family that was published on his personal Facebook page.

Derrick Lara had been fighting lung cancer, which was made public in December.

The artiste left his mark on Reggae music both through performances with The Tamlins and as a solo singer.