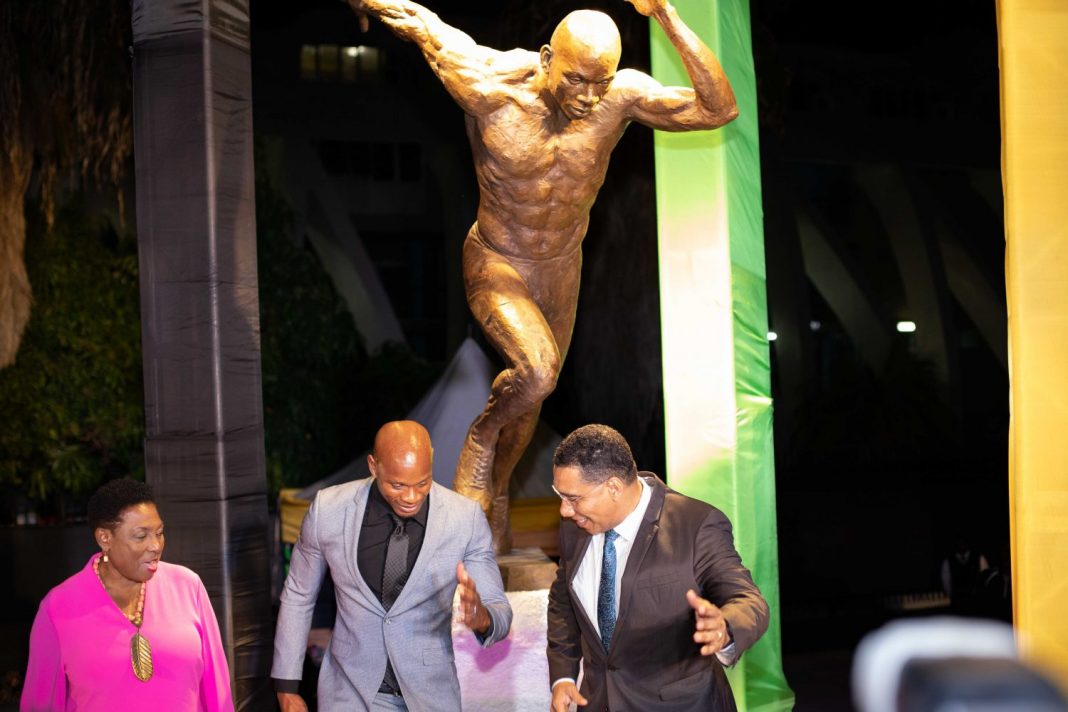 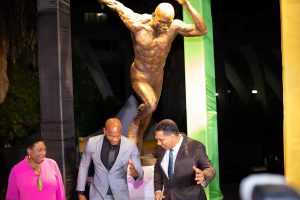 Asafa Powell joined a select group of athletes to have their statue unveiled at the Statue Park, located inside Independence Park at the National Stadium.

The statue, created by sculptor Basil Watson, was aptly titled ‘Sub-10 King’ as it gave recognition to the 97 times Asafa broke the 10-second barrier during his career. The fete made him a Guinness World Record Holder. He has a personal best of 9.72 seconds which makes him the fourth-fastest man ever.

However, persons on Social Media weren’t too keen on the statue.

“This don’t look like Asafa Powell one bit. Only him ears and nose correct.”

While another user said “Why they doing this to Asafa??? Not even likkle resemblance”