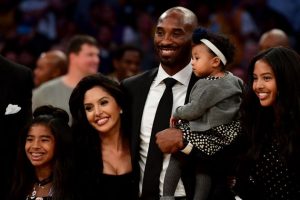 Three days after losing her husband and 13-year-old daughter in a helicopter crash, Vanessa Bryant has made her first public statement about the deaths of Kobe and Gianna.

Bryant posted a statement through Instagram on Wednesday, accompanied by a portrait of her entire family.

In the post, Bryant thanked the millions of people who have shown their support, love and prayers toward the family in the wake of their unthinkable tragedy

The statement ended by announcing the creation of the MambaOnThree Fund to support the other families lost to the tragedy.

In addition to the Bryants, Gianna’s 13-year-old teammates Alyssa Altobelli and Payton Chester and their parents Keri Altobelli, John Altobelli and Sarah Chester as well as assistant coach Christina Mauser and pilot Ara Zobayan died in the crash.