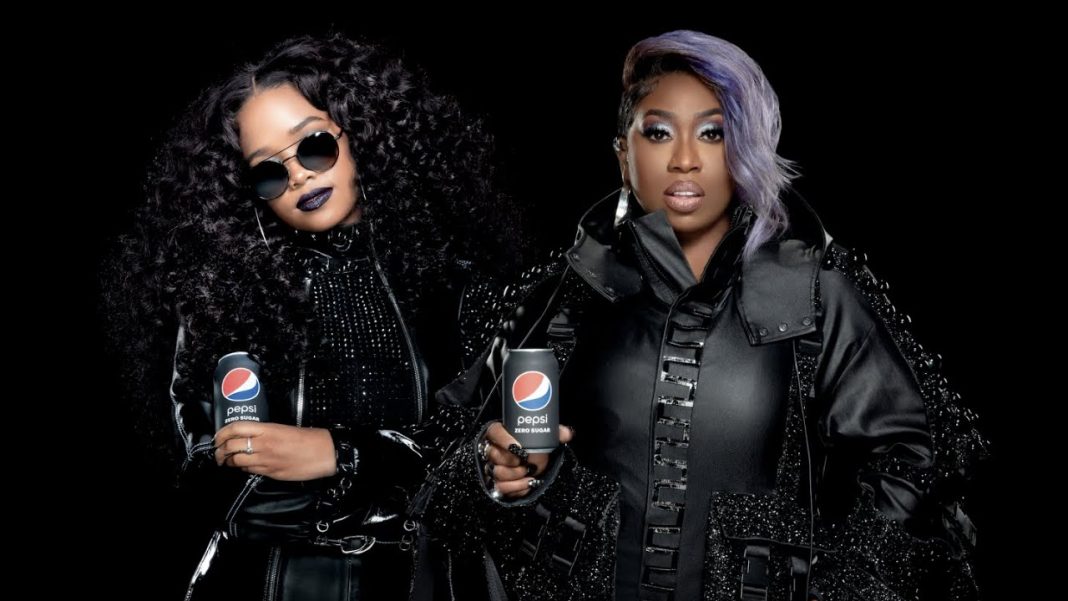 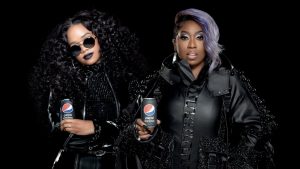 Even with Shakira and Jennifer Lopez headlining the Pepsi Super Bowl Halftime Show this Sunday, the soft drink brand has enlisted two more artists to star in its Big Game commercial.

Pepsi has released two teasers featuring Missy Elliott and the singer H.E.R. to introduce the re-brand of its sugar-free drink, Pepsi Zero Sugar.

The new commercial will debut for the Super Bowl 2020.

Both teasers show the singers cracking open the matte black Pepsi can set to a re-imagined version of the Rolling Stones’ 1966 hit ‘Paint It Black’.

The new track was co-produced by Elliott and longtime collaborator Timbaland with original lyrics from both artists and guitar and vocals from H.E.R.

Each teaser ends with Pepsi’s new U.S. tagline introduced this month, “That’s What I Like.”