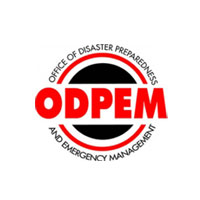 The Office of Disaster Preparedness and Emergency Management ODPEM, has reported that at least one school in Western Jamaica, had to be closed yesterday (Tues) due to the earthquake.

In a statement last evening, ODPEM said a magnitude 7.7 earthquake occurred in the Cuba region which impacted the entire island.

It said based on all available data from the Pacific Tsunami Warning Center, the Tsunami threat period had passed.

One school was closed, because previous inspections by the Jamaica Fire Brigade, had detected structural weaknesses, therefore as a precautionary measure after the earthquake, the school was dismissed early.

ODPEM said all municipal corporations across the island, along with the Jamaica Fire Brigade and the National Works Agency have been collecting information, regarding structural damage.