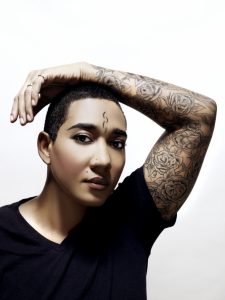 Fans of incarcerated entertainer Vybz Kartel trolled recording artiste Diana King online over a post she made on social media, shortly after the release of his new album.

Diana King took to social media to say she will never be able to ignore the fact that a convicted artist or prisoner severing time, be it for murder or rape, can still record and release music from prison in Jamaica.

Although she didn’t name anyone, Gaza fans have taken it personally, since the post came after the release of Kartel’s album, To Tanesha, which is dedicated to Shortie, the mother of three of his sons.

A few were in support of her comment while the majority have run to Vybz Kartel’s defense with some insulting and criticizing the veteran artiste.

Kartel along with Shawn Storm and two other men are currently serving life sentences for the 2011 murder of Clive Lizard Williams.