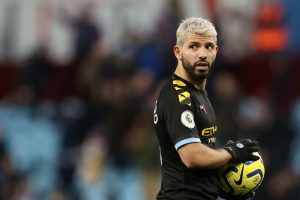 The Argentine moved level, and then past, Thierry Henry, before joining Frank Lampard on 177 goals in England’s top flight.

Only three men, Alan Shearer, Wayne Rooney and Andy Cole, are still ahead of him on the all-time Premier League list.

Aguero’s number of hat-tricks is also a Premier League record.