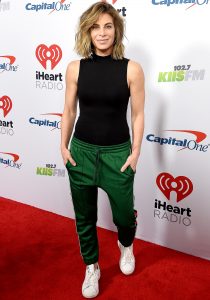 US fitness expert Jillian Michaels, while appearing on Buzz Feed News live twitter show on Wednesday reacted to Lizzo being celebrated, not just for her talent but also for her weight.

Host Alex Berg suggested that she loves celebrities like Lizzo for preaching self-acceptance and allowing people to see different types of bodies being celebrated.

Fans did not take well to Michaels’ comment and she faced a ton of criticism for it, in fact, many accused her of body shaming.

Shortly after, Jillian released a statement, “I have stated repeatedly we are all beautiful, worthy and equally deserving. I also feel strongly that we love ourselves enough to acknowledge that there are serious health consequences that come with obesity, heart disease, diabetes, and heart disease to name a few”.

ZIPTOCRATS! Do you think we should comment on each other’s weight?