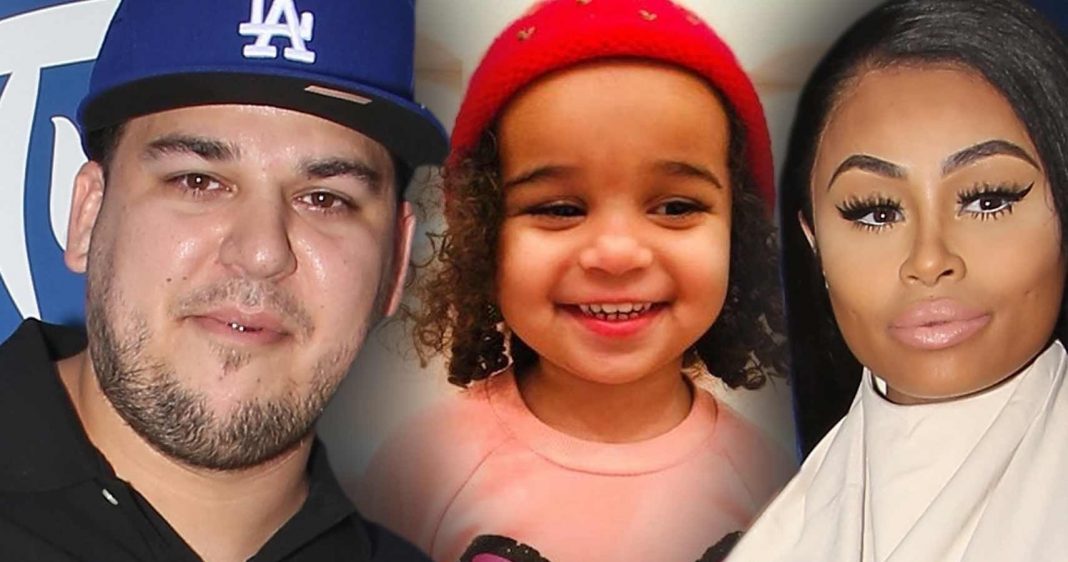 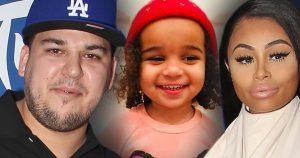 Reality star Robert Kardashian wants primary custody of his and Black Chyna’s 3 years old daughter Dream.
The socks designer is asking for Chyna’s parenting time to be cut down to just weekends with a Nanny present.
According to court filings obtained by TMZ, Rob claimed that Dream’s behavior has changed for the worse due to the constant parties Chyna throws at home with strangers while Dream is present. He says that whenever Dream comes over her hair, nails and teeth are dirty. Dream is twerking, acting out sexual positions and when asked she says her mom taught her.
Rob is not the only one on Chyna’s case, as his sister Khloe Kardashian was also mentioned in court documents. Khloe claims that Dream is “decidedly more aggressive,” and she also heard Dream say that she doesn’t want to go with Chyna.
Rob and Chyna started dating in January 2016. The two announced their engagement in April of the same year and welcomed Dream in November 10, 2016. They split in February 2017.