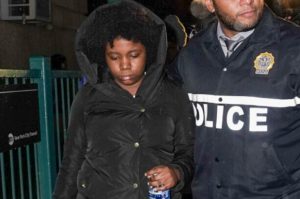 The New York Police Department is investigating whether a 16-year-old girl who was reported kidnapped Monday night may have staged the whole ordeal.

Karol Sanchez was walking along Eagle Avenue near East 156th Street at around 11:20 p.m. with her mother when two men stepped out of a vehicle, grabbed her and dragged her inside the car.

But detectives are now investigating whether Sanchez staged the incident. She was interviewed at the 40th Precinct in the South Bronx on last night.

Her mother told police she was considering moving the family to Honduras and detectives are considering whether that played a role in the teen’s decision.