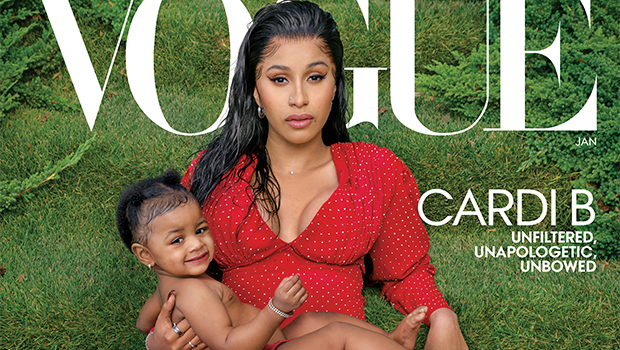 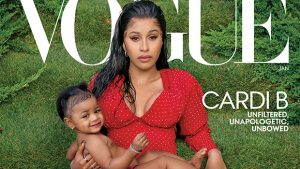 Rapper Cardi B just became the first female rapper to grace the cover of American Vogue, and she’s sharing the spotlight with her daughter, baby Kulture.

In the January 2020 edition, the “Be Careful” rapper opens up about motherhood, her marriage with Migos band member Offset, and the pressure she feels to deliver her sophomore album. Cardi’s debut LP Invasion of Privacy earned her a Grammy award for Best Rap Album in 2018, and now the Bronx native says she’s worried if her content will connect with her fan base the same way since she’s grown as an artist and as a person.

Cardi told Vogue that it was difficult hearing the backlash after her 2019 single “Press” didn’t do as well as we would expect coming behind successful hits like “I Like It,” and “Bodak Yellow.”

Julie Greenwald, the Chairman and Chief Operating Officer of Atlantic Records, told Vogue that her team has to come up with a special strategy to market Cardi B’s sophomore effort considering the fact that she blew up so fast with her first effort.