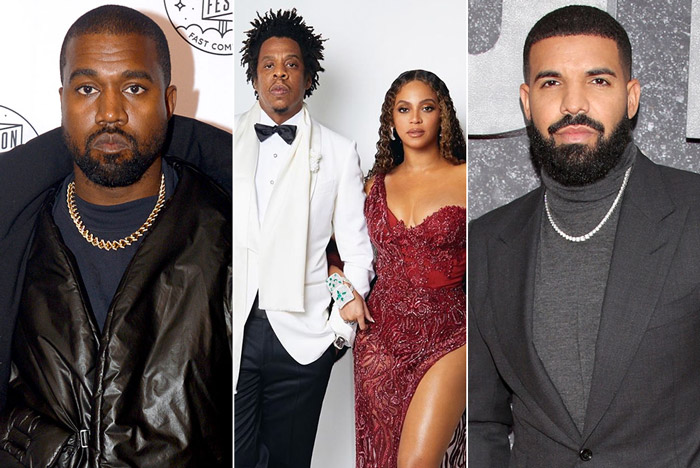 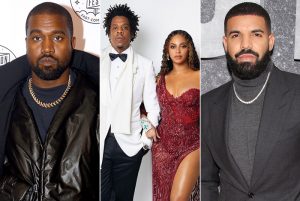 Forbes has revealed its annual list of the year’s highest-earning musicians, which includes Beyoncé, JAY-Z, Drake, and Kanye West.

The Jesus Is King rapper lands at No. 2 on the list behind Taylor Swift with $150 million, thanks in large part to his Yeezy empire.

His adidas partnership is expected to top $1.5 billion in sales this year.

Music’s royal couple, JAY-Z and Beyoncé, tied at No. 6 with $81 million apiece.

Rihanna, who launched her Fenty fashion brand with LVMH this year, lands just outside the top 10 at No. 11 with $62 million in earnings.