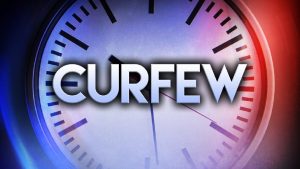 The curfew that was imposed in Waterford, St. Catherine from 6:00p.m Monday, December 2 to 6p.m Wednesday, December 4, has been extended for another 48 hours and will now end at 6:00p.m. Friday, December 6.

The boundaries of the curfew remain as follows:

NORTH: Caymanas Drive from the eastern perimeter wall of Caymanas Park along Adair Drive across the gully to Dyke Road.

SOUTH: along Passagefort Drive from the intersection with Dyke Road to the eastern perimeter wall of Caymanas Park.

EAST: along Dyke Road from the intersection with Passagefort Drive to the northern boundary.

During the hours of the curfew, all persons within the boundaries are required to remain within their premises unless authorised in writing by the ground commander.