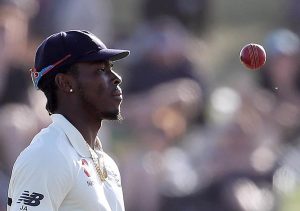 England fast bowler Jofra Archer says he was subjected to racist abuse by a spectator during the final day of the first-Test defeat by New Zealand.

The 24-year-old, who was making his first appearance in an overseas Test for England, says he heard comments from “one guy” at the Bay Oval.

England lost the match in Mount Maunganui by an innings and 65 runs.

The England and Wales Cricket Board (ECB) said it is conducting an investigation into the incident, which took place as Archer walked off the field following his dismissal.

New Zealand Cricket (NZC) said it would be apologising to Archer but added it has yet to identify the perpetrator.