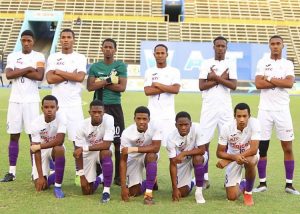 Kingston College won their second Champions Cup title and only silverware this season this evening.

In the match played at the National Stadium, KC clipped Clarendon College 1-0, in a close contest.

Kingston College, who became the first team to win two Champions Cup titles after first winning in 2017, ended Clarendon’s hopes of a Schoolboy treble this season.