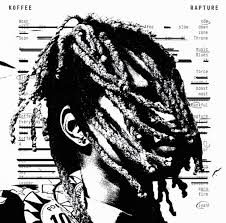 Reggae Singer Koffee has become the youngest solo act to be nominated for a Grammy in the Best Reggae Album category.

This with her breakout EP entitled “Rapture”.

The Grammy nominations were revealed today.

Producer Walshy Fire of Major Lazer produced two singles on the 5-track EP which dropped March 14. Walshy expresses gratitude for the nomination, calling it a ‘blessing’.

Meanwhile another producer of the EP, Frankie of Frankie Music, who produced the single ‘Raggamuffin”, says while he’s surprised by Koffee’s quick rise to stardom, Koffee’s recent successes should serve as an inspiration to other up and coming entertainers in the business.

He too is also ‘grateful’ for the nomination.