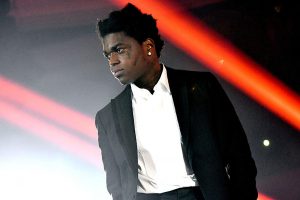 Two days after being sentenced to 46 months in prison on federal firearm charges, the embattled rapper has been hit with two new gun charges.

According to documents obtained by Miami Herald on Friday, November 15, Miami-Dade State Attorney’s Office hit Kodak Black with two felony counts of possession of a firearm by a convicted felon. Prosecutors call Kodak a “habitual offender,” and because of that, he faces up to 30 years in prison on each count. It is unknown whether or not the sentences would run concurrently.

The newspaper reports that prosecutors filed one count for a gun the rapper purchased in January. The second charge stems from a gun found on him when he was arrested in Miami in May.

On May 11, Kodak was arrested for breaking federal law by checking “no” in a box on a firearms application where it asked if the person filling out the form is under indictment for a felony. Being that the Florida rapper was in fact indicted for criminal sexual conduct for a 2016 case in South Carolina, this was incorrect, so he was arrested.

During his sentencing on Wednesday for the initial firearm charges, U.S. District Court Judge Federico Moreno made sure to tell Kodak that he wasn’t happy with his lengthy criminal history.