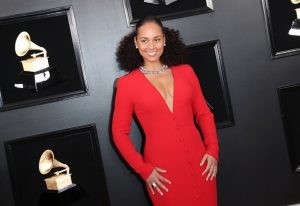 Alicia Keys is back for another round.

After making her hosting debut earlier this year, the 15-time Grammy winner will return to host the 62nd annual Grammy Awards next year.

Keys, who won her most recent Grammy for Best R&B Album for Girl on Fire in 2014, is gearing up to release her seventh studio album next year.

Earlier this month, she released the remix to her Miguel-assisted single “Show Me Love” featuring 21 Savage.

The nominees for the 62nd annual Grammys will be announced on November 20, while the show airs January 26 on CBS.