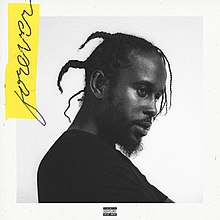 Dancehall artiste Popcaan is among a list of accomplished international artistes on Vice’s ‘100 Best Albums of the 2010s’.

Popcaan made the cut for his 2018 sophomore album, Forever, that peaked at No. 2 on the Billboard Reggae chart.

The album contains several of the entertainer’s hits, including Firm and Strong and Silence.

Vice said “Popcaan’s sophomore studio album, Forever, is a lush and dynamic body of work that beautifully displays the artiste’s lyrical sensibilities while pointing to the changing sonic landscape of dancehall.”

Popcaan shared the news with his 1.8 million followers on IG.

Popcaan said in his caption that he’s “Thankful for the support from everyone on this project.”