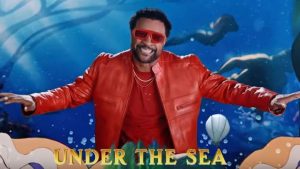 Grammy-winning dancehall singjay Shaggy has plans to donate monies earned from his role in the upcoming Little Mermaid Live film, to the Bustamante Hospital For Children in Kingston.

Shaggy who has been a consistent donor to the only children’s hospital in the English speaking Caribbean, through his Shaggy Make a Difference Foundation, has expressed an intention to use part proceeds of his earnings from the film, to continue his support for the hospital, despite the cancellation of his biannual charity concert, Shaggy and Friends.

A few weeks ago, Shaggy announced that his charity concert will not be held in 2020 as a result of a heavy upcoming schedule.

This heavy schedule kicked into high gear tonight, as Shaggy made his debut as Sebastian the Crab in ABC’s live musical of the 1989 Disney film, the Little Mermaid.