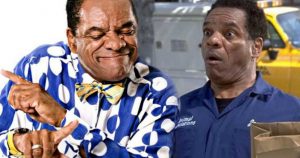 Funeral details for the late comedian and actor John Witherspoon have been announced as his fans and fellow entertainers plan to say their final goodbyes.

A service to celebrate his life is slated to take place on November 5 in Los Angeles.

Witherspoon passed away suddenly at his home at the age of 77-year- old and is survived by his wife and two sons.

He is most notably known for his work in movies “The Boondocks,” “Soul Plane,” and the “Friday” movie series.