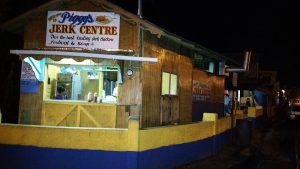 According to the United Kingdom’s The Sun newspaper, the 51-year-old actor regularly dined at Piggy’s in Port Antonio during filming of the latest James Bond movie No Time To Die.

Craig, has joined cast and crew and donated cash to pay for the £35,000 rebuild. One fund-raising site shows a £1,000 donation from EON Productions.

Restaurant owner Eustas “Piggy” Lindsay says he is grateful for the assistance following what he described as a hard blow following the loss of his restaurant.

No Time To Die is directed by American Cary Joji Fukunaga and will see Craig in his final role as the famous spy.

Filming has already been done in Norway, with additional production scheduled for Italy and London. The film will be released on April 3, 2020.