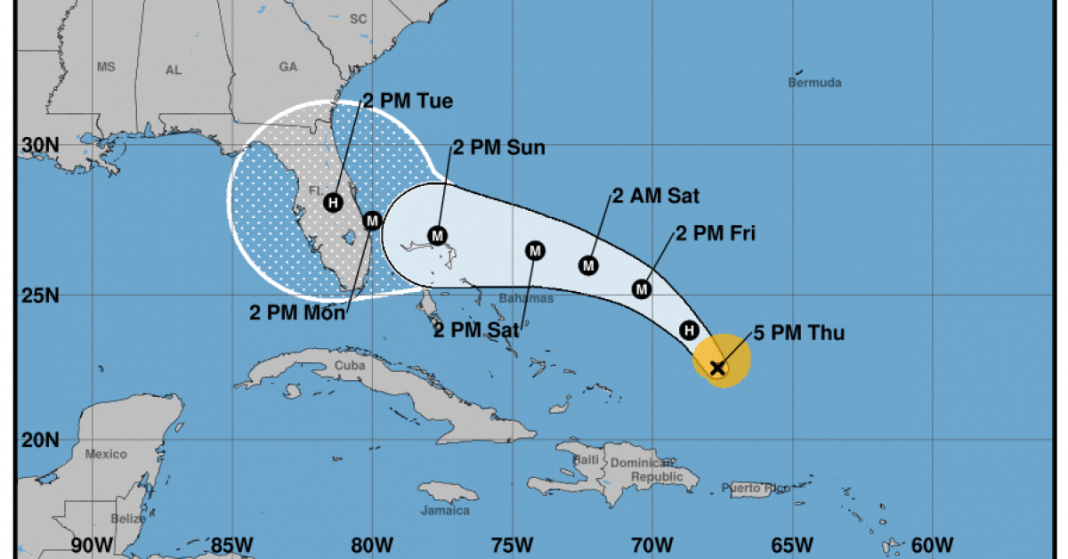 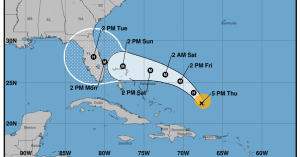 Hurricane Dorian is expected to strengthen into “a major hurricane later today”.

The US National Hurricane Center said Dorian is likely to remain an extremely dangerous hurricane while it moves near the northwestern Bahamas and approaches the Florida peninsula through the weekend.

The Bahamian government has issued a hurricane watch for the northwestern Bahamas, while Florida Governor Ron DeSantis has declared a state of emergency for the entire state.

Dorian is moving with maximum sustained winds of 165 kilometers per hour.

Forecasters predict that Dorian could slam into southeastern Florida early Monday as a Category 4 hurricane with winds of at least 209 kilometers per hour.