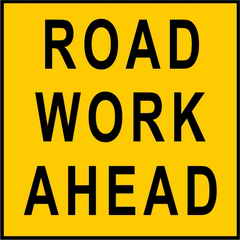 The National Works Agency NWA has ramped up a number of activities in the Corporate Area and St. Catherine in preparation for the start of the new school year, which begins on September 2.

Manager, Communication and Customer Services at the NWA, Stephen Shaw says that among the activities being done in preparation for the new school year is the placing of the first layer of Asphalt on all the corridors and the installation of traffic signals at some critical locations.

Mr. Shaw says that the stretch of Constant Spring Road from Manor Park to West Kings House Road will be opened to the motoring public.

This means that four lanes of traffic will be accomodated, unlike the start of the last school year when only two lanes were available to the public, which at times had to be reduced to a single lane.

Traffic will also be allowed along the entire stretch of Hagley Park Road with the Three Miles area once again being open to vehicular traffic.

The two bridges constructed as part of the overall works will be put into service.

Motorists travelling from the the direction of Marcus Garvey Drive and Portmore Toll Road wishing to head to Half Way Tree will therefore use the higher level bridge, while those along Spanish Town Road, heading to or from Downtown Kingston will use the lower structure.

As part of the overall strategy to reduce delays, Mr. Shaw says that some 12 points across Kingston and St. Catherine will be controlled by Traffic Signals.

Among the areas that will be controlled by traffic lights are Cassava Piece Road, Mannings Hill Road and Hillman Road, along Constant Spring Road. Locations along Hagley Park Road that will be signalised for the start of the new school year include Keesing Avenue, Omara Road and Three Miles.

The NWA also intends to have traffic signals in operation at Germaine Road, Pepperwood and the Naggo Head/Newlands intersection in Portmore, St. Catherine, as well as at Acadia Drive in Barbican, St. Andrew.

Temporary lane markings are also being done, as the NWA seeks to reduce conflicting movements and inappropriate use of the newly laid corridors.

Mr. Shaw says that the NWA has also had meetings with key stakeholders, including the police, the Transport Authority, the Ministry of Education and the Jamaica Urban Transport Company JUTC.