Home Z- Entertainment KOFFEE AND TOOTS AND THE MAYTALS MAKE THE OBAMA’S END OF YEAR... 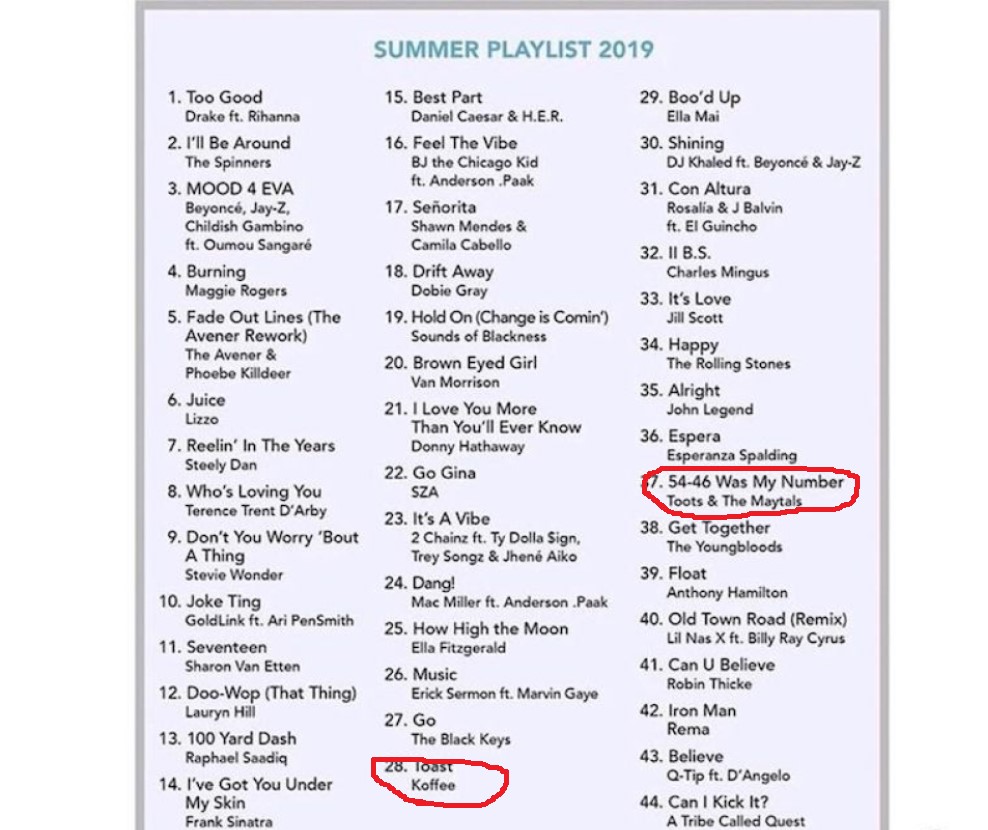 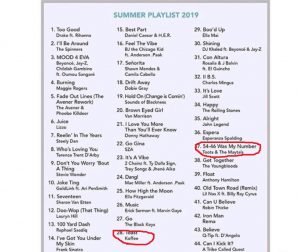 Koffee’s infectious hit song ‘Toast’ and Toots and the Maytal’s ’54-46 Was My Number’ have made the Obama’s End of Summer Playlist.

The highly anticipated playlist consists of songs he and his wife Michelle Obama have been listening to throughout the summer, and reggae/dancehall sensation, Koffee, made the cut.

The playlist consists of songs new and old, from Hip Hop/RnB to reggae and perhaps the biggest highlight is Koffee’s breakout hit “Toast” at number 28, being a presidential favorite.

Reggae legend Toots & The Maytals classic single “54-46 Was My Number” is also featured on the list at number 37.

Koffee reposted the tweet by Barack with the caption, “WOW!!! Gratitude really is a must.”

Making Obama’s Summer Playlist is a major achievement for the Jamaican artiste who has been blowing up internationally.

The hard work has definitely paid off for the young artiste with “Toast” now boasting an incredible 64 million views on YouTube.