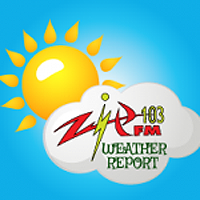 Our Z Weather Report and forecast for today sees a Trough across Jamaica. Additionally, there is a Low-Level Jet Stream across the central Caribbean.

The Met Office says the Trough will remain the dominant feature throughout the period. A tropical wave is expected to move in the vicinity of the island this evening.

Tonight will be Partly cloudy with lingering showers.

Maximum temperature expected for Kingston and Montego Bay today will be 32 degrees Celsius.

RAIN IN THE FORECAST FOR THIS WEEKEND