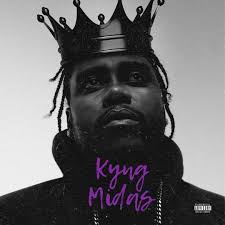 Scores of industry players including Entertainers and supporters attended the event which was held at the Reggae Mill bar at Devon House, Kingston.

With the release of the King Midas album, Global music distribution company, One RPM was also launched locally.

The Zee caught up with producer Not Nice who tells us more about his partnership with the US based label.

Meanwhile, One RPM’s Managing Director, Martin Pryce tells us more about the company, and it’s plans for the local music industry.