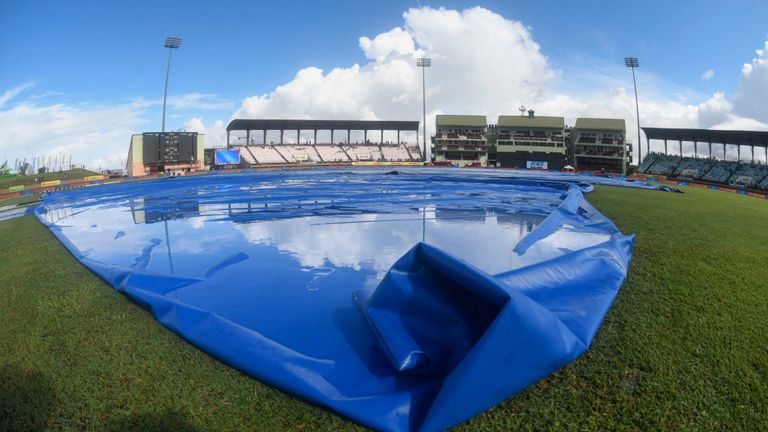 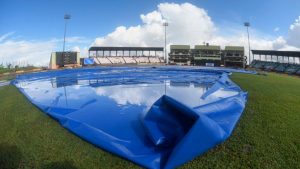 Only 13 overs of play were possible before the first ODI between West Indies and India was rained off in Guyana.

The start was delayed but conditions improved enough for a toss to take place, Virat Kohli won it and elected to bowl, meaning Chris Gayle, playing a record-equalling 299th ODI for West Indies, would have an early chance to score the 13 runs he needed to go past Brian Lara, whose appearance record he had matched, as the Windies’ leading run-scorer in one-day cricket.

He was unable to get there in the 5.4 overs bowled before the rain returned, forcing the players off for another hour, and then dragged on to Kuldeep Yadav for four when play resumed, leaving him eight runs shy of Lara.