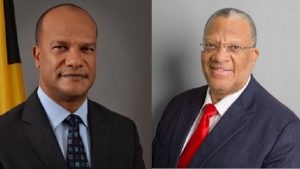 A poll commissioned by the rise united campaign shows that peter bunting is the preferred candidate to lead the people’s national party.

This was revealed by campaign manager for rise united Dr. Dayton Campbell at a press conference, in Kingston this morning.

Peter Bunting is challenging the party’s president Dr peter Phillips in an election in a months time on September 7.

Dr Campbell said the national poll conducted by Don Anderson, from July 20 to August 2, with 750 respondents and a margin of error of 3.5 per cent saw 39 percent of respondents noting Mr. Bunting as the preferred candidate while 21 per cent noted Dr. Phillips.