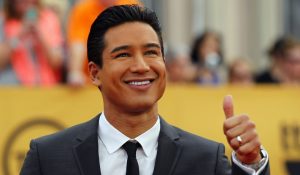 American actor and entertainment journalist Mario Lopez is facing backlash for his saying parents should not determine if a 3-year-old should become a transgender.

During an interview on The Candace Owens Show, Mario Lopez claimed that parents who allow their children to live according to their self-identified genders are setting a “dangerous” example.

“I am trying to understand it myself, and please don’t lump me into that whole [group],” Lopez responded. “I’m kind of blown away too. Look, I’m never one to tell anyone how to parent their kids obviously and I think if you come from a place of love, you really can’t go wrong but at the same time, my God, if you’re 3 years old and you’re saying you’re feeling a certain way or you think you’re a boy or a girl or whatever the case may be, I just think it’s dangerous as a parent to make this determination then, well, OK, then you’re going to a boy or a girl, whatever the case may be … It’s sort of alarming and my gosh, I just think about the repercussions later on.”

“Mario Lopez should mind his business and worry about his own children. Everyone is entitled to their opinions, even wrong ones. But criticizing someone’s parenting publicly crosses a line. If a child isn’t being abused, observe quietly.”

On the other hand, you did have users who agreed with Mario and tried to defend him.

“The attacks on Mario Lopez are absurd. We don’t let 3-year-olds drink coffee because it will supposedly stunt their growth, but we’re transphobes if we don’t let them make life-changing decisions about gender?!”

Ziptocrats, do you believe Mario Lopez is wrong for his statement?