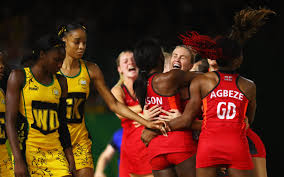 Jamaica’s Sunshine Girls are out of semi-final contention at the INF Netball World Cup in Liverpool, England. This after they were beaten 56-48 by England in the opening second-round Group G contest.

This comes despite Captain Jhaniele Fowler scoring a whopping 43 goals from as many attempts.

Constant turnovers throughout the game saw the Sunshine Girls from the opening quarter which ended 14-12 in favour of England.

This was a first real test for England against a team who sit one place above them in the rankings.