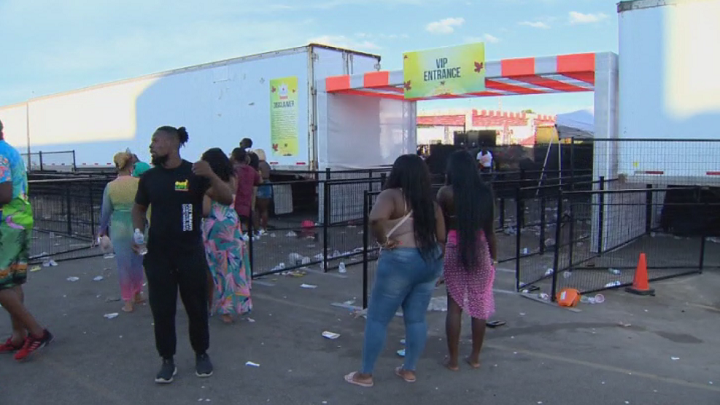 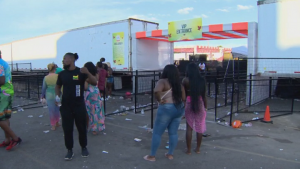 Patrons at the popular Party Series Sandz were left traumatized after a fight broke out and shots were fired at yesterday’s staging in Toronto, Canada.

Police say they have found evidence of gunfire after a fight erupted in the parking lot at Woodbine Shopping Centre.

Officers were already on the scene to provide security for the outdoor festival and they heard shots ring out after a brawl broke out.

Initial reports from the scene said one person was struck but police later confirmed that although they found shell casings, nobody was shot.

However a man was injured in the altercation after being hit by an object.

Hopkinson says several people were assessed for minor injuries at the scene, and at least one was taken to hospital as a precaution.

There is no word on any suspects at this time.