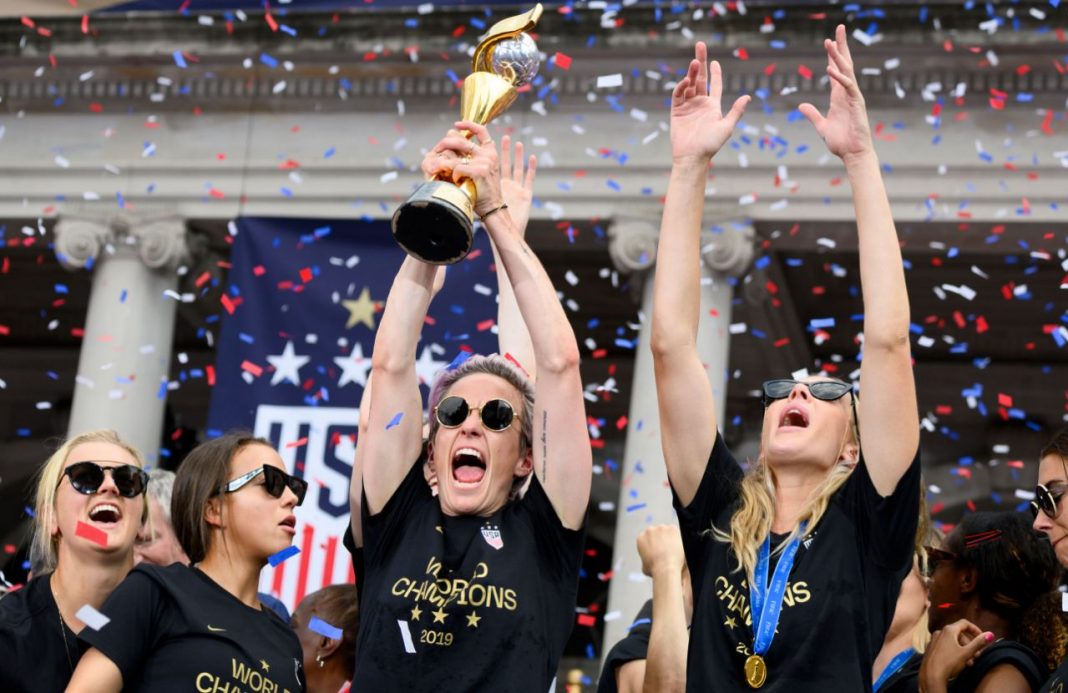 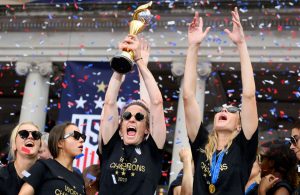 Tens of thousands of fans lined the streets of New York today to greet the the United States’ Women’s World Cup-winning team.

The USA beat the Netherlands 2-nil in Sunday’s final in France to win the competition for a fourth time and retain the title they won in 2015.

Floats and an open-top bus took the players, through the streets of Lower Manhattan to a ceremony at City Hall, where they received a ticker-tape reception.

New York Mayor Bill de Blasio joined the players on one of the floats and later hosted the US team in a ceremony at City Hall to present them with the “keys to the city”.

Some fans chanted “equal pay” when the players took to the stage, a reference to the fact the women’s team is suing the US Soccer Federation to demand equal pay with their male counterparts.

On Tuesday, Megan Rapinoe, who was the top goalscorer in the competition and won the Golden Ball for being the tournament’s best player, said she believed none of the United States’ players would visit US President Donald Trump at the White House.