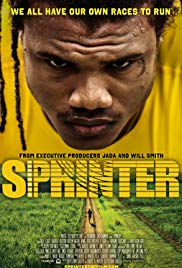 The highly anticipated Jamaican film Sprinter is set to open in cinemas in Kingston, Montego Bay and Ocho Rios on July 3 and will be the opening film at Sunshine Palace in Portmore, St Catherine.

The coming-of-age story, which follows 17-year-old Rastafarian track athlete Akeem Sharp, has been enjoying overwhelming international success, premiering in Los Angeles, California, in the United States on April 23, and has since been screened in over 50 cities and 20 states across North America.

Writer and director Storm Saulter believes the film’s international success is due to the story defying the stereotypes often associated with Caribbean people, especially on the big screen.