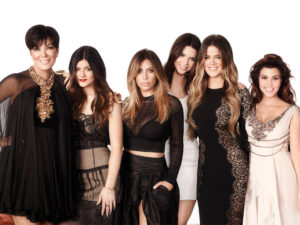 According to TMZ.com, Khloe said the NBA player threatened to commit suicide if she didn’t forgive him. On the latest episode of the reality TV show ‘Keeping Up with

“He’s doing this to get a reaction out of me. Oh, so I’m just allowed to say ‘I’m going to kill myself’ at any time? That’s crazy.”

Khloe said Tristan went overboard in showing remorse after he confirmed he cheated on her with Jordyn Woods to the point where he threatened to kill himself.

Despite Khloe’s disgust over Tristan’s behaviour, Khloe asked one of Tristan’s friends to check on him to make sure he was okay. After which, the friend informed Khloe that Tristan kept repeating “I’m good”.

As we have reported in february, news of Jordyn and Tristan’s cheating scandal broke. Since then, Khloe blamed Jordyn for breaking up her family, but later placed the majority of the blame on Tristan. Jordyn also had to move out of the guest house of her ex-best friend Kylie Jenner.

Khloe Kardashian and Tristan Thompson have a daughter together, True Thompson