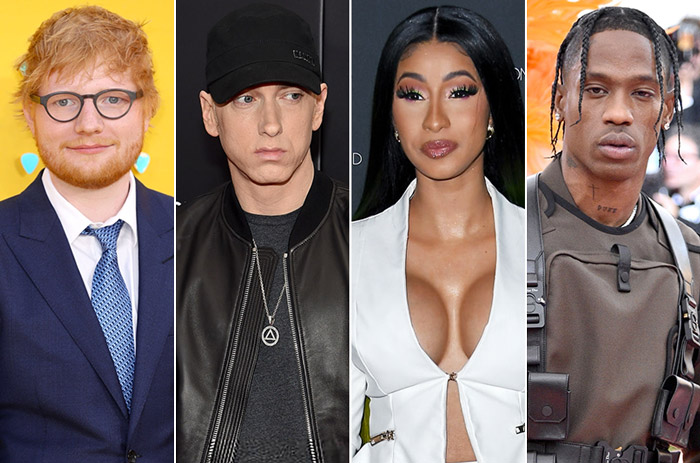 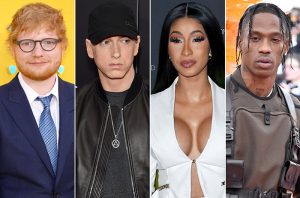 The stars are aligning for Ed Sheeran’s No.6 Collaborations Project.

After much anticipation, the singer has revealed the blockbuster tracklisting for the project, which drops July 12 via Atlantic Records.

The 15 tracks include 22 collaborations with music’s biggest names, including the previously-released singles “I Don’t Care” with Justin Bieber and “Cross Me” with Chance the Rapper and PnB Rock.

Eminem and 50 Cent join Sheeran on “Remember the Name,” while other powerhouse pairings include Cardi B and Camila Cabello and Bruno Mars and Chris Stapleton.

The album, follows his 2011 EP No.5 Collaborations Project.