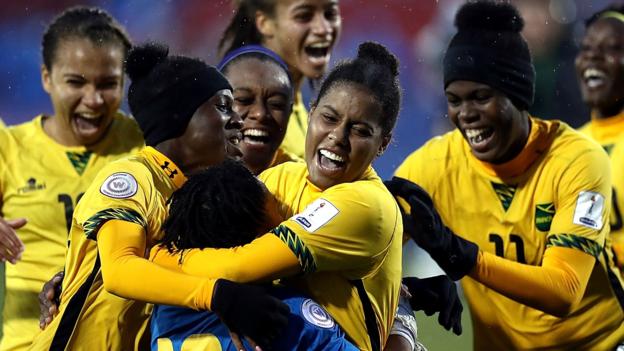 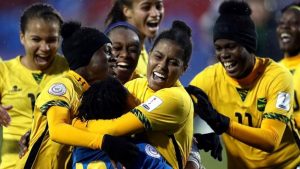 Jamaica’s Reggae Girlz are now on their way home after creating history yesterday by scoring their first ever goal at the FIFA World cup finals.

The historic moment took place in the 49th minute of a spirited second half display in the group ‘c’ clash against Australia in Grenoble, when substitute Havana Solaun slotted home after going by goalkeeper Lydia Williams.

The Australians who led 2-1 at that point would however go on to claim a 4-1 win with star striker Sam Kerr hitting the back of the net all four times to become the first Aussie woman to score a world cup hat-trick.

Australia with yesterday’s result finished second on 6 points while the Reggae Girlz end their campaign at the foot of group ‘C’ without a point from 3 games.