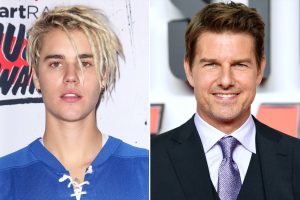 This challenge is very strange because it has not been reported as to why Justin Bieber would challenge Tom Cruise. There have been no reported feuds between the two, so why would Justin challenge Tom?

On Sunday, Justin posted the fight challenge on Twitter while tagging the president of the UFC, Dana White,

“I wanna challenge Tom Cruise to fight in the octagon. Tom if you don’t take this fight your scared and you will never live it down. Who is willing to put on the fight? @danawhite?”

The Ultimate Fighting Championship or UFC is an American mixed martial art promotion company based in Las Vegas, Nevada, that is owned and operated by parent company William Morris Endeavor.

Former two-weight champion, Conor McGregor, saw Justin’s challenge and offered to host the fight but it is unclear if he was serious or just making light of the subject. Connor tweeted,

“If Tom Cruise is man enough to accept this challenge, McGregor Sports and Entertainment will host the bout. Does Cruise have the sprouts to fight, like he does in the movies?”

Well Ziptocrats, if there should ever be a UFC fight between Tom Cruise and Justin Bieber, who do you think would win?