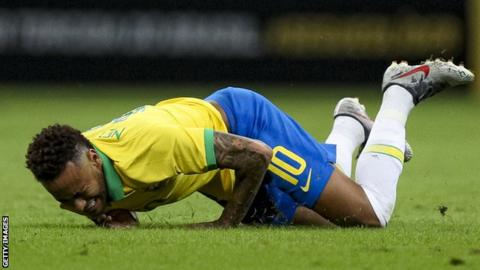 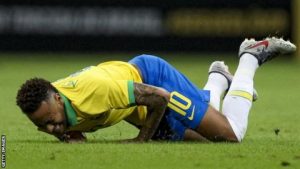 Neymar will miss the 2019 Copa America on home soil after rupturing a ligament in his ankle during Brazil’s 2-0 friendly win over Qatar in Brasilia.

The 27-year-old Paris St-Germain forward, who was stripped of the Brazilian captaincy in May, limped off after 17 minutes.