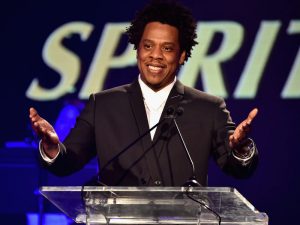 In 2014, Dr. Dre posted a video on Facebook claiming he was Hip-Hop’s first billionaire after he sold Beats, the high-end headphones and streaming music service, to Apple. However, he spoke too soon.

According to TMZ.com, a rep from American Business Magazine, Forbes, said after the $3.2 Billion Apple deal was to be finalized, the rap mogul would not have hit the billion dollar mark. Apparently, after state and federal taxes, Dr. Dre would’ve been worth $800 million.

Now, according to Forbes, the title is secured by Jay-Z.

his music catalogue And being married to superstar Beyonce, worth an estimated $355 million herself.