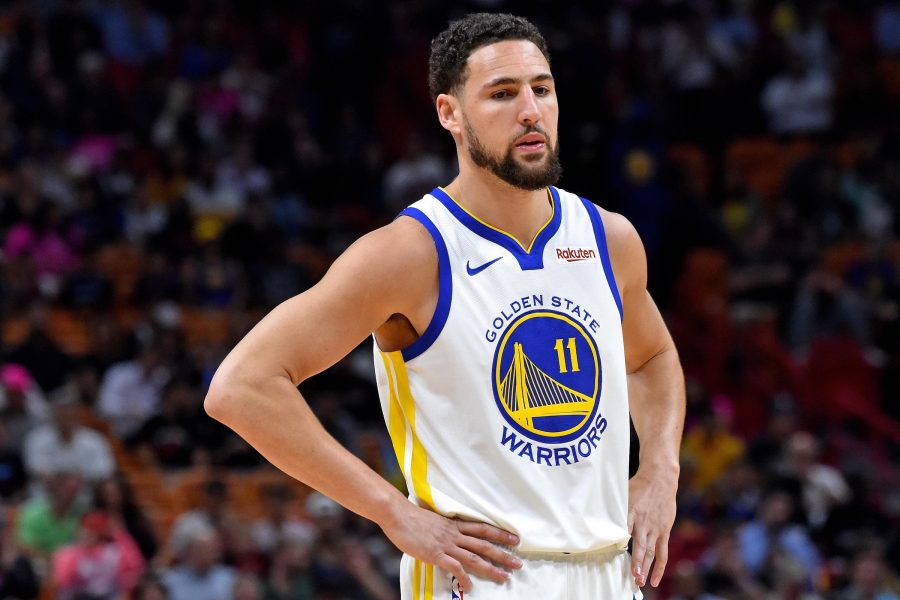 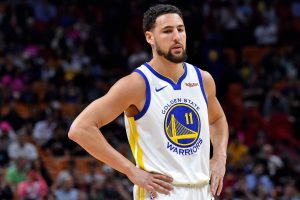 Golden State Warriors guard Klay Thompson is “questionable” for Game 3 of the NBA Finals due to a hamstring strain.

Thompson left Game 2 against the Toronto Raptors with left hamstring tightness early in the fourth quarter after he landed awkwardly while attempting a three-pointer.

Thompson told coach Steve Kerr after the game he would be fine, but a scan on Monday confirmed a “mild strain of the hamstring”.

The victory evened the NBA Finals at 1-1, with the series set to shift to Golden State for Games 3 and 4 on Wednesday and Friday respectively.